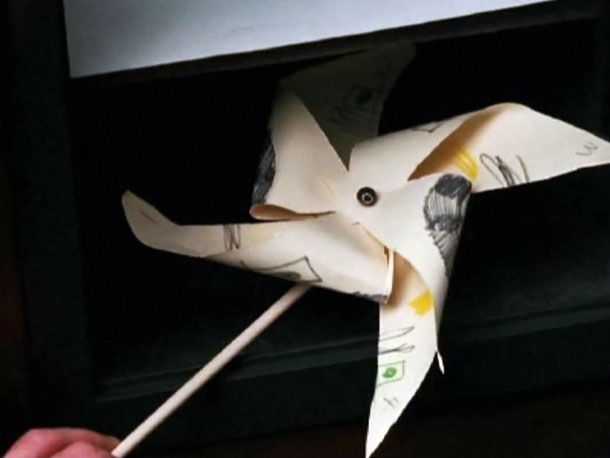 What’s the farthest back you can remember? Eight years old? Six years old? Four? I can remember those Christmas mornings when I was four and five: the location of the presents, the excitement of coming out of my room. Or when my sister, Rachael, was an infant. A few weeks after she was born, I told my parents I was done playing with her and asked if we could take her back to the hospital. Sorry, sis! Even though I can remember a lot of things that happened when I was little, the memories are only snippets, small pieces of the full event. The past, for the most part, does a good job of staying in the past.

Except when it doesn’t.

You see, a memory doesn’t have to be good to be remembered. Bad memories ruin the present all the time. Bad memories can create new bad memories, sending you into a spiral with no way out.

Memories also don’t have to be, well, memorable. I can’t even begin to tell you how many mundane memories swim around in my brain: meaningless tests in 6th grade, weekends where I did nothing, saw no one. Why won’t they go away? Why do I remember them? If remembering things isn’t determined by how good or bad something is, or how important and meaningful something is, then what does determine it?

Before we get into that, I want to briefly mention how I got hung up on the idea of memories. I’m currently working on a novella titled Memory Seventeen. It takes place in the (not so distant) future, following a man named Jackson. Jackson is about to pass away. In the hospital, he is allowed to relive his seventeen best memories through a newly invented brain-mapping device. Without dabbling too much in the science mumbo-jumbo, the device is able to locate Jackson’s memories by finding the moments when the most hormones and chemicals were released in his brain (excluding anything taking place before age five, because at that point in our lives, every moment is a visceral experience). We, the readers, get to relive three of his memories, while also following the perspective of his estranged son, Aaron, who’s on his way to visit Jackson. The three memories take place when Jackson is in the 3rd grade, 11th grade, and in his 60s. Don’t think too much about the ages; I thought it would be nice to space them out for narrative purposes. Sometimes, there’s no hidden meaning—it’s just writing, folks.

In order to come up with Jackson’s seventeen memories, I thought about what would be considered the best: his first kiss, first kid, the first year of college. I did a lot of research on the brain; how we store our memories, what triggers our brain to remember. It was here where I came up with a theory.

Jackson’s first memory  (which you can read here! https://andrewdguenther.com/writings/memoryseventeen/) doesn’t start out how you would expect. He’s bored, in a bad mood, and just wants to relax in order to get through another sucky day of third grade. It’s a fairly dull affair, until the guest speaker accidentally burns his hand with a Zippo and tosses it into a desk full of fireworks and then, yeah, things get pretty explosive after that. A meaningless afternoon suddenly becomes one of Jackson’s top seventeen memories, not just because it was unexpected, but because his mood shifted from desperation to elation.

Yes, I’m sure things like your wedding and first child would make your list of seventeen, but those memories come with expectations. You have months—if not years—to prepare for them. You dream about what the moment will be like. Even though it’s rarely how you pictured, it surely wasn’t unexpected, or fleeting. They will still make your top seventeen list, but it’s the unexpected memories that end up crashing the party.

Spontaneity is the rain that makes the memory fields grow.

When you don’t have time to prepare for a moment, instinct takes over. Your body’s been trained a certain way to react because of … you guessed it, your memories. You probably don’t remember learning to walk, but I bet you still know how to! There are so many good memories I can’t remember. I know they exist, and I know they’re good because the feelings I emote daily stem from them. Sometimes, the imprint of the memory is more important than the memory itself.

Spoiler Alert: Aaron has a fascination with rain throughout the story. He isn’t sure why, but it always brightens his mood rather than dampening it. Toward the end of the novella, when Jackson is about to relive his #1 memory, he decides to forfeit it. Instead, he wants the brain-mapping device to locate Aaron’s favorite memory, so they can relive it together, as father and son.

Without ruining the entire saccharine ending, Aaron’s favorite memory of all time is … him splashing in the mud during a downpour.

But think about it! When you’re a child, you’re told to never go outside during the rain. “You’ll catch a cold. You’ll slip and fall.” Aaron just wants to go outside, man. He’s forced experience the storm from afar. Jackson, who’s a good father at the time, sees his son’s lament and decides oh what the hell. The two of them strip off their socks and shoes and go outside and dance in the rain. There isn’t time for Aaron to second guess the decision, there’s only time to stomp those feet in the mud, and soak himself with every drop of water.

When Aaron is an adult, he doesn’t remember any of this. Well, he doesn’t, but his body does. The impact of that moment was HUGE! It was a time when he and his father were close, a moment they shared that no one else could touch. The memory became a part of him, embedded in his soul.

What simple moments have shaped your life? Do you remember them? If so, lucky you! If not, no worries; the memories are already a part of you. They’re got you this far, and they’ll get you to the end.