Sometimes, a feeling is more than a word; a palpable reflex similar to my brain telling me to put one foot in front of the other in order to get home. Things are different; no need to explain it.

I own a lot of movies. I’m not sure what your definition of a lot is, but I’d say 300 blu-rays is a lot. The first DVD I ever bought in my life was Dirty Work; the first blu-ray was Nightmare Before Christmas. Currently, I have a six-year-old TV so it’s getting close to upgrade time—hoping to indulge in one of those 4K Samsung TVs. When it comes to TVs I like to get the best on the market if I can. If you watch as much stuff as I do, why would you go for the cheap model? That would be like being a classic car enthusiast and only ever owning a Geo.

So why do I own all this crap? How does the saying go? You can’t take it with you after you die… EXACTLY, I say. That’s why you have to buy it here! Duh! Anyway, that’s not the point of this essay.

I enjoy watching movies by myself. I’d say I watch on average of four to six movies a week. I love to own a variety of films because I never know what sort of mood I’m going to be in. Over the top martial art violence? Throw in Kill Bill Volume 1. A classic oldie? Throw in Casablanca. I got about every genre covered. It’s awesome to be able to throw in a movie at my discretion, on my time, and at my volume. But it’s not like I need to own all these movies. It’s not like I have to annually watch Schindler’s List because it’s on the shelf. Many of the films I own are kind of the ‘one and done’ types.

The real reason I like to own lots of films is to share them with others. The movies are important to me in many ways besides your standard entertainment outlet. I identify with them, and have been inspired by them. But I’ll tell you, there is nothing—NOTHING—as cool and rewarding as showing a film to someone for the first time. It’s the excitement of seeing them discover what you’ve already known. I guess you could say it’s like when you buy a present for someone and you see that initial look of Oh Wow! on their face when they peel off the wrapping paper for the first time.

Movies are great to watch alone but they’re WAY BETTER to share collectively. What’s the point of watching an awesome underrated film like Gone, Baby, Gone if you have no one to talk about the moral dilemmas with?

“The things you own end up owning you.” Those are Tyler Durden’s words there, but I think they’re important to hold on to if you’re a collector like me and enjoy sharing your collection with others, because here’s the rub… not everyone is gonna like your stuff. Case in point>>>See my first blog post.

My ex-girlfriend and I had very similar tastes in movies. So after I had shown her a few films she hadn’t seen before with successful results, I thought it was time to bust out the crazy ones. I put in Scott Pilgrim Vs. The World—one of my favorite movies—and struggled to look her in the eye for the next two hours because she hated the film so much. HATED IT—to the point I thought us breaking up that night was a real possibility. Not even kidding. I took it hard. I took it as an attack on me, not just the movie. You don’t like the movie, then you don’t like me… It was weird because that was our first real fight. Over Scott Pilgrim. Lol.

The things we own are a part of us to an extent. But they are not us. That is the difference we sometimes forget. I often times find myself feeling miserable if a movie I love gets attacked or receives negative attention. I never had any say in how the movie was made and didn’t spend a dime making it, yet for some reason, I feel like I helped get it to where it is. But I didn’t really do jack. Not even close. Maybe for you, it’s not a movie, but a jewelry collection you own, and one of your friends mistakenly tells you how ugly one of the necklaces are. Or maybe it’s a painting you bought and your wife demotes it to the basement bathroom only guests use.

We are all different which means we all like different things. Your girlfriend is probably not going to want to sit down with you and watch Aliens twice a year. And if she does, why is she still your girlfriend and not your wife? Don’t expect the people you love to love everything you love. But at the very least, you can earn their respect by explaining why you love what you love. That’s what it really comes down to. Respect. I don’t expect my future wife to like half the movies I own. But I do hope she can respect why I love them, just as I will respect the things she loves that I may not be head over heels for.

Last weekend 50 Shades of Grey opened to mass business. I’m not going to defend the content here because that is another debate, but what I did find interesting was how easily dismissed the movie was, and not because of its poor reviews, but because of its genre. Romantic Fantasy. Romantic comedies and dramas get dumped on all the time, but male-centered action movies usually get a pass. 50 Shades was widely regarded as junk, yet Seventh Son opened the week before to much worse reviews and bombed HARD at the box office. But it got a pass because it’s just another male action fantasy movie. Those are ok to suck every now and again, right?? It’s ok for males to love a dumb action film like Con Air but foolish for a woman to love a Nicholas Sparks film.

Respect. It has to go both ways. I cannot stand most romantic films, which is a shame because I feel the genre is great but most of the movies aren’t, but that doesn’t mean I get to call my girlfriend or wife dumb if she loves them. She has just as much right calling me the same during my quarterly viewing of Road House, which I WILL show her someday and am eager to either be berated or loved for it. That doesn’t mean you can’t call a movie bad, it only means you better be able to kindly say why, instead of berating the person rather than the film.

It’s better to share what you love instead of keeping it only for yourself. Some people like bad movies, some people only like ‘good’ ones, but who decided what is what? You may never understand why so many people love No Country For Old Men, or why you feel like you’re the only person amongst your friends who gets Wes Anderson’s films. That’s ok. That’s you. It’s good to be you. You are pretty cool! But it’s even better when you get to share you with someone else. Let them know why you love those things, and maybe, just maybe, they’ll let you know why they love their things. Remember, if we took away everything you ever owned, we’d still have you left, and that’s more than enough. (Though it would be nice to take movies with us after we died, wouldn’t it? Crossing my fingers there’s a copy of Back to the Future in Heaven). 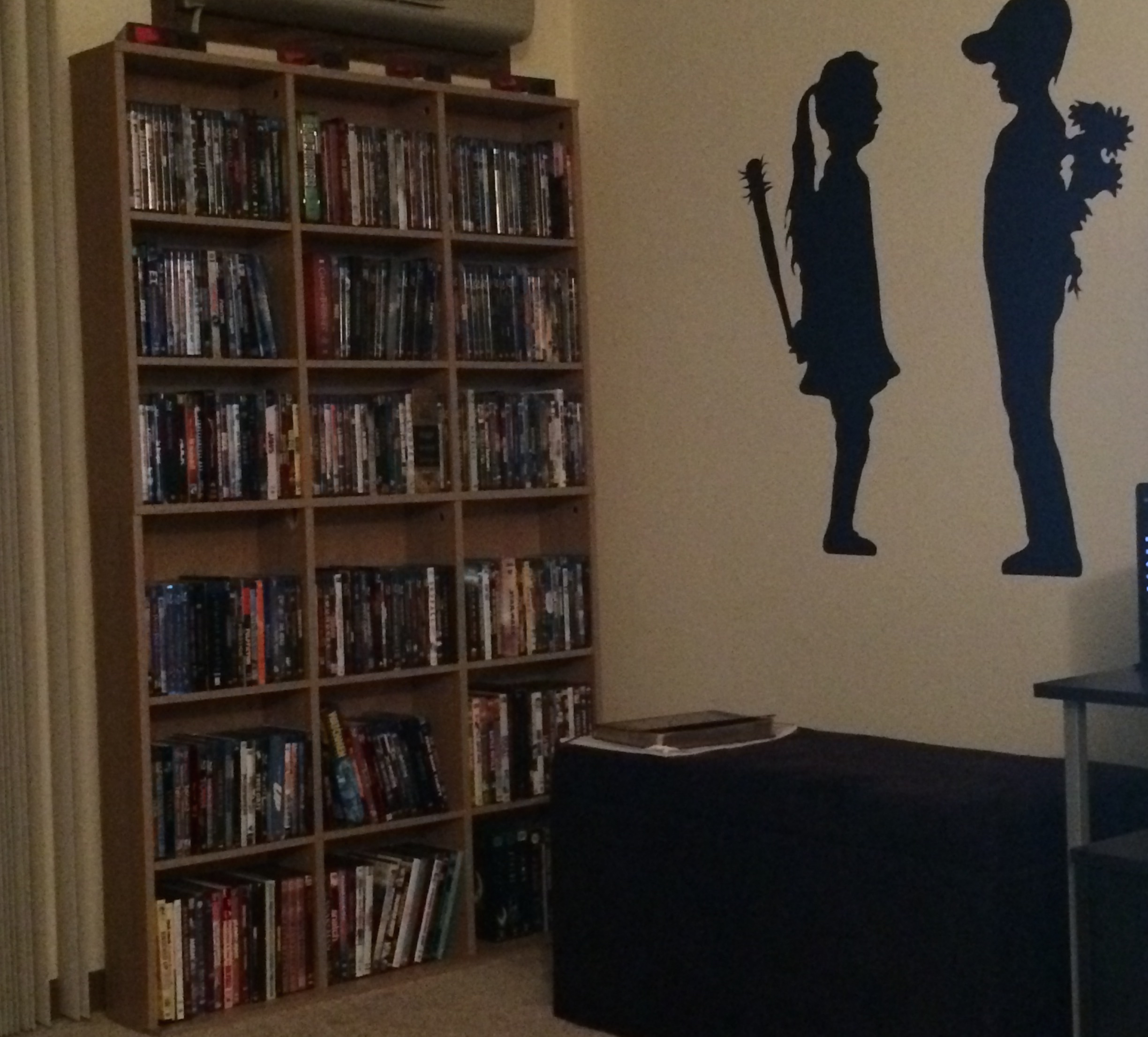